Welcome to Upbeat Piano Studio! The studio motto is “Enriching lives through music.” Our teachers approach teaching with the goal of complete musicianship, taught in a step-by-step approach, using popular beginner methods and the Royal Conservatory of Music curriculum. Students also learn to play popular and seasonal music of their choice. We deal with each student as an individual and help them to achieve their own goals. We encourage parents and students to communicate openly with us about their goals and repertoire choices. A basic five-subject course includes: compositions, technique, ear training, sight reading and theory. We insist that students complete regular practice between lessons to maximize the value of their lessons and so that they make sufficient progress to keep them interested and motivated. Theory instruction helps students to understand what they are playing and to make music accessible to them. Performing is a very popular part of our program. Student success builds morale and increases motivation and we ensure that students are prepared so that these experiences are positive. There is a Halloween Piano Party, and also a Christmas Carol Concert for seniors and an end of year recital in June. Some students enter in the Kiwanis Festival and there is also an opportunity to enter Ontario Registered Music Teachers’ Association auditions.   Our teachers have had many students successfully participate in RCM examinations: this is geared to student interest and personal goals.

Upbeat Piano Studio Director Melanie Dickson-Smith, RCM Certified Teacher:  Advanced Specialist – Piano, Intermediate Specialist – Theory, has been teaching piano lessons and theory lessons in the Greater Toronto Area since 1989 and she has been teaching in the Toronto community of Leaside and the surrounding area since 2004. She is known for her enthusiasm and keen interest in each student’s musical development. This year, the studio is expanding to offer even more services. There are new group theory classes and new teachers to accommodate even more students. Melanie began teaching piano in Leamington, Ontario in 1981 while an advanced piano student. She studied piano with Marion Stuart-Kosmala, M. Mus., B. Mus., A. Mus. (all in Piano Performance) in the 1980s and with Bill Keis, jazz/contemporary pianist, keyboardist, composer, producer, musical director, educator, and author of 488-page book “The Complete Guide To Learning Music” in the 1990s. She also studied theatre at York University and acting at the Banff School of Fine Arts and performed as an actor and singer in community, university and other non-equity theatre productions. She studied pedagogy with James Lawless, ARCT (Piano Performance), LRCT (Piano Licentiate, U of T), Chief Examiner Emeritus, Royal Conservatory of Music. Melanie has successfully completed the certificate program requirements for Intermediate Piano Pedagogy towards the A.R.C.T. Diploma in Piano Pedagogy from the Royal Conservatory of Music. She has also attended many seminars and workshops presented by senior teachers and examiners in North America, to keep abreast of the latest innovations in teaching and learning music. She has had many student candidates succeed at RCM practical and theory examinations.

Christine Tsai, B.F.A. in Piano Performance (York University) and BM – Piano Performance candidate (School of Music, San Jose State University (SJSU), CA), RCM Certified Teacher:  Intermediate Specialist – Piano, is a Founding Teacher of the National Music Certificate Program (Royal Conservatory of Music) USA, 2007. She is a professional musician and teacher with more than 20 years of experience in teaching piano techniques, theory, ear training, sight-reading, music history, music appreciation and musicianship development. She is serious about providing students with a strong technical foundation as well as developing their musicality. Lessons are tailored to suit each student’s abilities, interests, and goals. Christine is especially gifted at communicating with and teaching children and adolescents. She can teach lessons in English, Mandarin, Cantonese, and Taiwanese. Born in Taipei, Taiwan, Christine began learning piano at age 5 and a half. At age 16, she taught her first piano lesson. In 1988, she moved to Toronto with her family. She studied with the piano faculty of the Royal Conservatory of Music from 1989 – 1992 and continued to teach. Christine relocated to the Silicon Valley in California and lived there for 11 years, where she continued her studies. Her teachers included Hang Li, MM, who was honored with the title “Artists” of Sanremo Festival, Italy and in her undergraduate years in San Jose State, she studied piano with Dr. Gwendolyn Mok. She performed in concert series like piano showcase and Beethoven Center Hours. From 1998 – 2008 Christine taught piano lessons to hundreds of children in the San Francisco Bay Area, California. From 2000 – 2005 at Melody’s School of Music, Cupertino, California, she specialized in group piano classes for young children. At York University in 2011 and 2012, Christine studied with Christina Petrowska Quilico, BM, MS (Juilliard), who is the Professor of Piano Performance and Musicology, and the Head Coordinator of the Piano Department. In the past 6 years since returning to Toronto, Christine has successfully taught students with varying experience, from beginners to RCM Level 10 students, helping them achieve further and pass RCM exams. She has hosted 7 annual concerts and looks forward to engaging her students in the many performance opportunities at Upbeat Piano Studio. She is very pleased to be part of Upbeat Piano Studio and looks forward to working with many students on their musical development.

Bayla Marin has studied with several renowned teachers of the classical guitar, including Eli Kassner in Toronto, John Mills in London, England, and Oliver Hunt at the London College of Music. She has taught and performed in the Mount Allison University Summer Music Program. Bayla has worked as a freelance musician, and has established a busy teaching practice, offering both private and ensemble instruction. Bayla Marin is a Royal Conservatory of Music Certified Teacher with an Advanced Specialist designation. 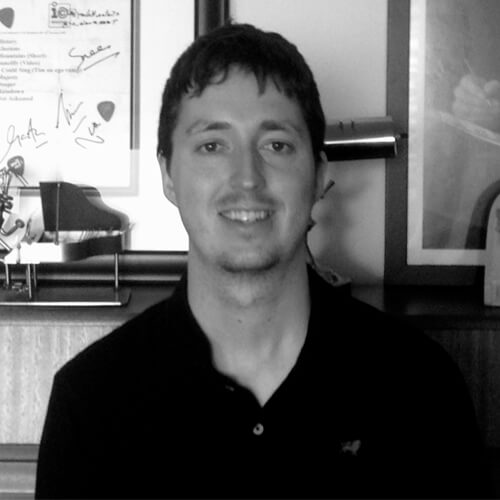 David King,  A.R.C.T. Performance, Bachelor of Music U.W.O., R.M.T., has been teaching piano students of all ages and musical backgrounds for fifteen years. He regularly prepares students for successful RCM exams and works hard to tailor lessons to meet the individual goals and needs of his students. Along with his formal training in classical music, David also has years of experience performing, writing and recording pop music. He is currently the music director at St. Matthew’s Anglican Church, Riverdale. In 2020 David completed a recording of his solo piano compositions. It is available at https://davidkingsolitude.com/ store as well as all major music streaming services.

Israeli born pianist Nikki Puchkov began studying piano at the age of 9 with
Toronto based teachers Ludmila Urbanovich, Elena Shimonov and Dr. Megan
Chang. She recently graduated from the University of Toronto with a Bachelor of Music degree in Music Education (Piano) with a double minor in Historical Keyboard and History. Nikki began teaching piano and music theory at the age of 15. She is continuously exploring various methods in her teaching and believes in finding an individual approach to each student. Her goal is to guide the musical development of her students through the exploration of various musical genres stemming beyond classical repertoire. In addition to teaching, Nikki loves collaborating with singers and instrumentalists. She previously worked as the Assistant Conductor and Collaborative Pianist for the Ruckus UTSC Alumni and Community Choir. Nikki holds several awards for her musical studies, including the Cosmo Music Award (2016), Hymn Society Bursary in Music (2017-2018), the Lloyd Bradshaw Prize (2019), UTWA Jazz Scholarship (2019) and is recognized as a University of Toronto Scholar (2016). 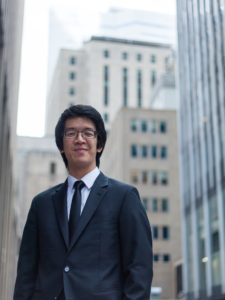 Raised in Brampton, Ontario, Brandon Tran started learning piano at the age of 3. From playing in school talent shows to accompanying school choirs, music has always been the focus of his life. In 2011, his high school participated in the Heritage Music Festivals in Florida, where Brandon was a recipient of the Maestro Award for his role in accompanying the school concert choir, chamber choir and jazz band. He won the same award the following year in Chicago. Back home in Brampton, Brandon won the David Bloom award at the Bravo! Awards given to the best performance of the year at the Rose Theatre.

Brandon went on to study piano performance, earning a Bachelor of Music at Wilfrid Laurier University. He had the privilege of studying with Anya Alexeyev, Leslie De’Ath, and Elaine Lau. During his time at Laurier, he also had the opportunity to work with vocalists and instrumentalists where he served as the pianist for the university choirs and opera production.

He continued to pursue a Master’s of Collaborative Piano at McGill University, under the tutelage of Michael McMahon. At McGill, he continued to hone his skills as a pianist while working with individual vocalists in a variety of settings as well as with the opera program.

Through his experiences in many settings and with many well-known individuals in the musical world, Brandon is able to incorporate a variety of methods and techniques into his teaching. He believes in teaching his students not just to read the notes on the page and technical skill, but also to develop musicality and their own connections to music. Just as his musical mentors have inspired him to continue to build his own set of technical skills and a unique musical personality, he hopes to do the same for each of his students.

Rebecca Synard is currently studying classical piano at the University of Toronto’s Faculty of Music with Professor Brian McDonagh. She has her ARCT certificate in piano performance and has completed the beginner and intermediate piano pedagogy courses with RCM. She was named a recipient of the Arthur Plettner Scholarship and Richard Thorman Jazz Scholarship by the Faculty of Music in 2019.

Rebecca began teaching piano and theory in 2016. She has experience teaching children and adults. She prioritizes creativity in her teaching practice, encouraging her students to compose and explore musical styles and genres beyond their classical repertoire. She is also an Affiliate member of the Ontario Registered Music Teachers’ Association.

Rebecca performs regularly at her local church, both solo and as an accompanist. She also sings in and manages the Women’s Chamber Choir at the Faculty of Music. In addition to her passion for piano pedagogy, she is also enthusiastic about contemporary music, singing, and music history. She is happy to be a part of the Upbeat Piano Studio teaching team and looks forward to helping students develop their musical abilities.

Giselle Chan, Bmus in Music Education (University of Toronto), has been teaching students of all ages since 2017. As a professional piano and music theory instructor, she has had experience teaching piano techniques, ear training, sight reading, and theory to a variety of students with different musical backgrounds. Starting piano at the age of 5, she received formal training in the RCM curriculum for piano, ear training, and theory. She further developed her passion for music in high school, where she took part in the wind ensemble and symphony orchestra. She studied with Olga Konstrinsky prior to University and Professor Brian McDonagh. In addition to her studies in piano, she has received training in historical keyboard (harpsichord and organ) under the instruction of Kevin Komisaruk. She has also accompanied at Grace Anglican Church and the Toronto Homeland Chinese Choir.

She is able to speak English, Cantonese, Mandarin, and French and has had experience working with students and groups using multiple languages. Aside from music instruction, Giselle is also a badminton professional at The Boulevard Club who often coaches clinics, camps, and works with young athletes. With a passion for music and an enthusiasm for serial and post-tonal music theory, she is pleased to be working as a part of Upbeat Piano Studio.